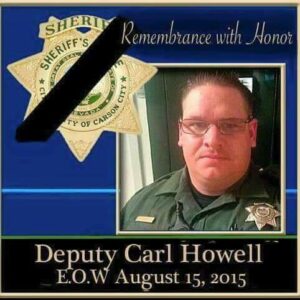 This coming Saturday, August 19th, the people of Carson City, Nevada (and our favorite young hero, Tyler the Donut Boy!) will be honoring a special fallen officer, Deputy Carl Howell with a benefit for his wife and four children.

Carl was a U.S. Marine and Deputy Sheriff who responded to a domestic violence call in 2015, when he was killed in the line of duty. This year marks the second anniversary of the deputy’s death and many have pulled together to put on a stellar fundraiser to benefit Deputy Howell’s family.

The memorial event will have plenty of family activities (including face painting!), musical performances by a huge line-up of talented bands, silent auction, and more. 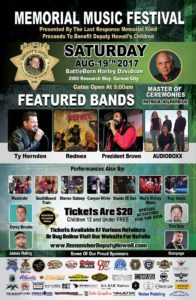