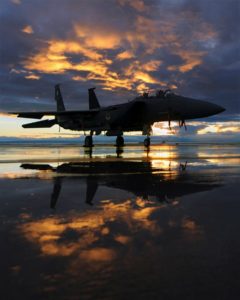 What would be Armed Forces week if we didn’t celebrate the United States Air Force? With its origins in the U.S. Army, branched off on their own in 1907. Being the only branch of Armed Forces that fought directly with the Soviet Union, you can bet these ‘boots in the air’ are some of the toughest people in the military. It’s also no wonder,

But it’s not just the airmen and airwomen that make this branch so dynamic. Most soldiers in this branch support the wide range of duties an air force base like guarding the base, rescue missions, and even construction of new airstrips.

So if you know a member of the Air Force, be sure to thank them for their services in honor of Armed Forces Week!